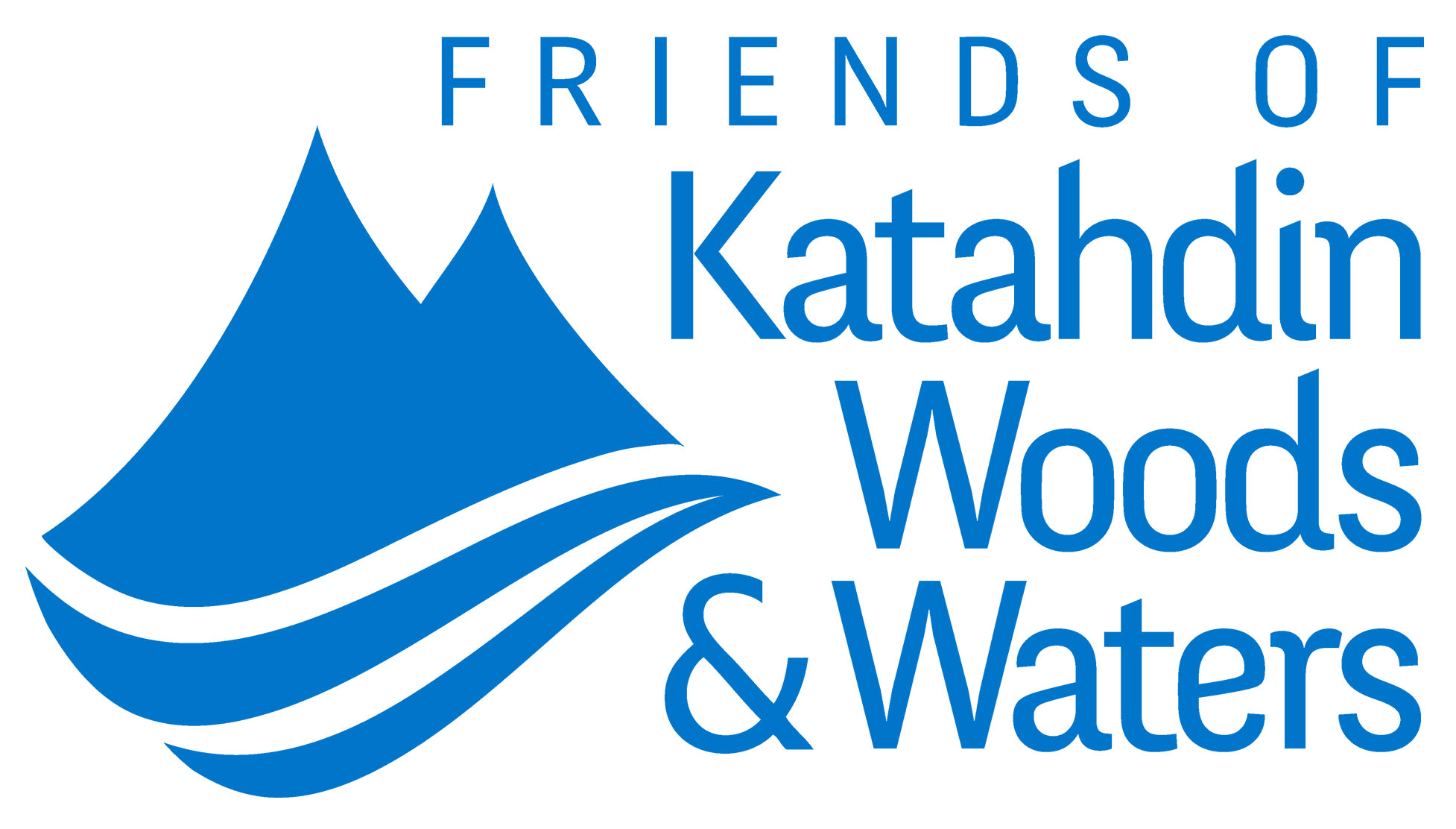 Two weeks ago, I brought my hard-charging, forever Mainer, now Coloradoan sister Elsa up north for a mountain bike trip through the heart of the monument. After weeks of planning and anticipation, we rented bikes in Bangor and parked at Bowlin Camps, which sits across the East Branch of the Penobscot towards the north end of the monument’s main parcel. The camps’ caretakers Terry and Dave let us park overnight for $10 and offered a last-minute acquisition of some extra bug spray they happened to buy that morning.

We had charted a two-day loop that would take us to the Big Spring Brook Hut for the night and then back round to Bowlin Camps. Readying ourselves just after lunch, we made some quick notes about our path on our map and then set out. We crossed the Bowlin Suspension Bridge and biked up a short hill (full disclosure: Elsa biked, I dismounted for the first of many hills). At the top of the hill, we took a right onto the International Appalachian Trail (IAT) and then a left soon after to get onto the K Comp Rd, continuing onto the IAT again, and then on the K Comp Rd until we hit Little Messer Pond Rd. It was muggy and buggy, but once the wind got whipping past us on our bikes we could enjoy blue skies and clear air.

The terrain unfolded before us like a study in contrasts: steeps and flats, foliage and clear skies, empty roads and thick underbrush. I hadn’t been mountain biking since I was 12, and my sister, being both my eternal elder and a mountain biker trained in the mile-high air of the Colorado Rockies, whooped me on just about any terrain we encountered.

After a scare following a false fork in the path, we stopped to establish a good system of checking in. There were two reasons to be making occasional stops: my lungs were folding inside out and trail crossings on less maintained trails can be very deceptive. This trip would not have been possible without the Map Adventures recreational map (which is available to new and renewing Friends members through the end of this year). It shows detailed mile markings and gives you a sense of what trails to take and which not to take – which, in parts of the monument where there isn’t much signage, is crucial. Roads that are defunct or not on the map may look inviting. And sometimes the roads that are in use might be grown in. Crossing the Big Spring Brook on our second day, we hit a wall of five-foot-tall saplings. Deep in the heart of the monument and in the thick of summer, you can’t always rely on following trodden paths.

Once we hit the Little Messer Pond Rd we took a left, where we found well-worn, established road. This road is used by humans and animals alike, although I’d wager you’re more likely to see a moose than a park service truck. Elsa, afraid of startling a moose or a bear and inviting their jilted ire, made sure to clear the path by yelling greetings to the creatures in the woods ahead. There was no shortage of evidence that they were near – scat of all shapes and sizes showed they were well fed and on the move.

After the ups and downs of the northward trail so, we enjoyed some long, sweeping downhills along the Little Messer Pond Rd. After crossing several brooks and streams, we came to the leftward turnoff for Big Spring Brook Hut. At the hut, we dropped our packs and settled in. We had heard the propane was out, but were delighted to find that the tanks had been switched by Mark Adams from Elliotsville Plantation, Inc. (the non-profit led by Lucas St. Clair that was a leading force in the establishment of the monument). We could bike to a sunset vista up at the nearby Lookout and know we’d be returning to some hot grub.

From the Big Spring Brook Hut path, we took a left and stayed on the Little Messer Pond Rd until we hit the Lookout Trail on our right. We threw the bikes into the lowest gear and made the slow ascent, stopping only to eat some raspberries and to consider forks in the trail. About a mile up the Lookout Trail, we took the first left. There are a few forks leading left after the first one. Ignore all but the first. Eventually, the road gets washed out and winds into the woods. When the path got thin and the trees tight, we left our bikes. There was zero worry about theft up there – we hadn’t seen another human all day.

We walked 15 minutes through the slowly darkening woods and then made the view. There’s a helmet there, perched above exposed granite. It commemorates Jerome “El Dorado” Haynes, the trail master for the Traveler Mountain Snowmobile Club who originally built the Lookout Trail. El Dorado’s helmet looks out over a stunning panorama, showcasing the peaks, streams, and valleys of the monument, Traveler Mountain, and Mt. Katahdin off to the southwest. We luxuriated for a while, eating some peak blueberries and enjoying the view until we realized the sun was setting quickly. After the long, slow ascent up to the Lookout, we were rewarded with a ripping run back downhill.

An aside here about optimal mountain bike tire size. Elsa and I rented two types of mountain bikes, which allowed for some good A/B testing. Between my front-suspension bike with regular gauge tires and Elsa’s fat tire bike without suspension, there was a clear winner. In almost every area we biked, the fat-tire bike seemed to be performing better. It was less jilted by rocks and roots and seemed steadier on uphills and downhills alike.

Back at the hut, I took a dip down in the Big Spring Brook. The water’s cold, somehow feels like snowmelt even in the middle of July – just what I was looking for. I submerged my whole body and felt the aching muscles give up their knots. Elsa prepared some delicious pesto pasta and sausage. With a raging trail hunger, we quickly dispatched a few servings each. The sun was well below the horizon, so we lit the kerosene lamp and chatted until an early bed-time.

In the morning, we woke to the pitter-patter of rain. We filled our water bottles with water from the brook, boiled then cooled overnight. The second day and second half of the trip’s loop was much more forgiving than the first. The morning starts left along the Little Messer Pond Rd uphill past the Lookout Trail until you hit a hard left down the Keyhole Road. Along the Keyhole Road, it’s almost entirely downhill. The ground was slick so we took it a bit slow but still enjoyed carving along the double track of the once-driven road. We took frequent stops to consult with the map (again there were some deceptive forks) and to enjoy signs of beaver in the many ponds and streams we traversed. There’s an especially beautiful bridge crossing Big Spring Brook – mentioned previously because of the wall of saplings on its downhill side.

At the bottom of the long downhill, we turned left onto the IAT once more and made our way up gradual uphill until we hit the turnoff to head back across the East Branch of the Penobscot. Biking towards our car at Bowlin Camps, we were welcomed back by Terry and Dave, who gave a warm welcome and a friendly “I told you so” about the bug spray they had sold us. We said our goodbyes, packed up our gear, and hit the long, dusty road. Elsa dropped me off in Patten and then stayed south to Portland.

I left the trip feeling grateful for the natural beauty of the monument, the map that allowed us to explore it safely, and the sister who pushed me to my limits biking through it. The trip was equal parts enlivening and humbling. Finding myself on the brink of losing the path, or seeing paths grown in, I was often struck by the enormity of the work ahead for the National Park Service and Friends of Katahdin Woods and Waters. There are trails to be cut, signs to be posted, and important choices to be made about where those trails and signs lead (choices you can be a part of by attending NPS Monument Planning Meetings). Before then, there are guides to be written and reports to be shared. I hope this report has given you a good sense of how to navigate this trip yourself. Should you like to enjoy much of the same trip without as many orienteering challenges, you can also mountain bike from the Haskell Gate down the IAT to Little Messer Pond Rd and then back along the same path. This alternative route offers clearer roads and distinct signage.

If you have any questions about the trip Elsa and I took, or any other trips you might be considering, please feel free to reach out to info@friendsofkww.org. For those interested in staying at the Big Spring Brook Hut – which is the only hut open to overnight visitors this summer – email Susan Adams at Elliotsville Plantation, Inc.

← Trip Report: Paddle Down the East Branch of the Penobscot from Matagamon to Bowlin Camps
Supporters of Maine’s National Monument to Gather at Sold Out 2nd Anniversary Celebration →